Magnetic Particle Inspection- What Does MPI Stand For ? 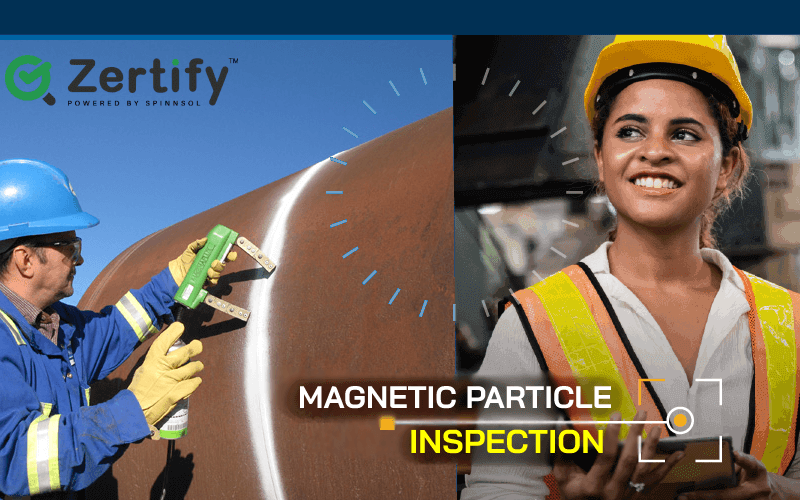 Magnetic particle examination (MT) is a very famous, low-cost method to conduct nondestructive examination (NDE) of ferromagnetic material. Ferromagnetic is depicted in ASME Section V as “a term used to materials that can be magnetized or extremely attracted by a magnetic field.” MT is an NDE technique that inspects for surface discontinuities but can also indicate discontinuities slightly below the surface. Magnetic Particle Testing is one of the Top Non Destructive Testing Techniques that are used often

MPI Meaning – What does MPI Stand For?

Magnetic Particle Testing (MPT), also referred to as Magnetic Particle Inspection, is a nondestructive examination (NDE) method used to detect surface and slightly subsurface defects in most ferromagnetic materials such as nickel, iron and cobalt, and some of their alloys. Because it does not necessitate the extent of surface preparation required by other nondestructive test methods, manipulating MPT is somewhat speedy and easy. This has made it one of the more commonly operated NDE techniques.

Magnetic Particle Testing – Everything You Need To know

MPT is a relatively simple process with two variations: Wet Magnetic Particle Testing (WMPT) and Dry Magnetic Particle Testing (DMPT). In either one, the method begins by conducting a magnetic current through the component. Any crevasses or flaws in the material will interrupt the flow of current and will cause magnetism to spread out from them. This will form a “flux leakage field” at the site of the damage.

The later step concerns spreading metal particles over the component. If there are any defects on or near the surface, the flux leakage field will draw the particles to the damage site. This supplies a visible indication of the imprecise size and shape of the flaw.

There are so many numerous benefits of MPT compared to other NDE techniques. It is favourably transportable, inexpensive, and does not need a tough pre-cleaning operation. MPT is also one of the finest options for detecting fine, shallow surface cracks. It is swift, easy, and will operate through thin coatings. Finally, there are a few regulations regarding the size/shape of test specimens.

Despite its resilience, the method is not without its limitations. The material must be ferromagnetic. Also, the orientation and stability of the magnetic field are essential. The method solely detects surface and near-to-surface flaws—those further down need alternative methods. Enormous currents are occasionally required to execute this method, thus “burning” of test parts is periodically possible. In addition, once MPT has been finished, the component must be demagnetized, which can occasionally be difficult.

Read more on :  Is Visual Inspection an Effective NDT Method?